Our road to massage chairs began in 1996 when Jim’s cousin purchased a container of massage chairs from Taiwan however, the chairs remained unsold in the warehouse for two years.  Exasperated by his regular teasing about his lack of action his cousin challenged Jim to sell the chairs. He began to do this, from his home in Dartmouth and set up massage-chairs.co.uk in 1998.  The business was successful and was subsequently established as MCD Ltd in 2004.  MCD Ltd is one of oldest established machinal massage chair companies in the UK having sold just over 4,000 chairs since 1998 to companies such as Facebook, Nuffield Health, Ritz Casino and individuals such as Sir Andy Murry, Samuel L Jackson and Sir Richard Branson to name but a few.

Today Massage Chair Distributors still has an office and repair shop in Dartmouth, we have a showroom near Stourbridge in the heart of the midlands and our main distribution and repair centre is based in Droitwich  Worcestershire. 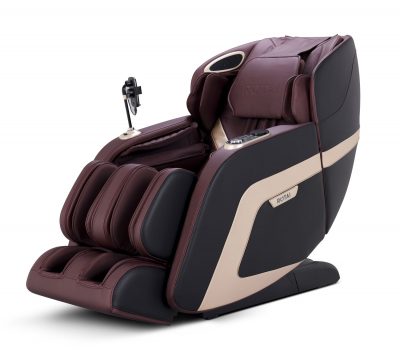 Why Shop From Us

Free shipping to anywhere in the UK

3 to 5 year and extendable warranties backed by us, we are the only massage chair repair specialist in the UK

23 Years in the Business

We are very proud of the fact we have been in business selling massage chairs for just over 20 years. Back when we started as part of Sterling Power Products Ltd. we were one of the only companies in the UK offering massage chairs with a worthwhile guarantee. We are still the same family run business, but today we not only have an amazing selection of massage chairs for you to try in our showroom we also service and repair all makes of massage chair and offer short or long term corporate hire. If you’re interested in anything massage chair please feel free to give us a call on 01905 560060.